Dan Jones tells the extraordinary story of Richard II, the boy king who was the hero of the Peasants’ Revolt, but who grew up to become one of the most brutal tyrants in English history. His bitter rivalry with his cousin, Henry Bolingbroke, plunged the country into civil war, and when Henry deposed Richard the Plantagenet dynasty came to an end. 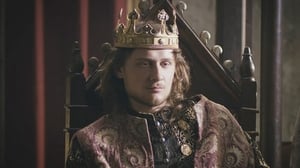